I Don't Want to Write a Poem. 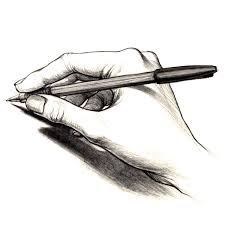 I don't want to write a poem
Since poems aren't meant for MEN.
Men drink their pain away in whiskey every night
And smoke their sadness pretending to be all right.
You ask what brings this pain and sadness.
What instance was it? What madness?
Well just guess and I bet with the first try you'll find it.
Yes, of course! What else. My woman, not anymore, was it.
And I am trying to avoid all my friends
But stuck I am with all their clichés.
You'll forget her. She doesn't deserve you or even worst
Don't worry. It's ok. She will regret it and it's her loss.
That's why the whiskey I love.
Lost I am in this dark bar.
To the always nice songs from the 80s listening.
They don't really help. Who am I kidding?
My chest, my lungs is squeezing.
It hurts so much, even the breathing.
And at the end I know that I myself became the cliché.
My feelings for her so stupidly in this trap led.
I didn't want to write a poem
Since poems aren't meant for MEN
And this unbearable pain in a poem I ended up writing
Until I wake up one day and go back on leaving.
by
Geopapas
Source:
http://voices.yahoo.com/i-dont-want-write-poem-3944218.html?cat=42
Posted by Unknown at 6:55 PM